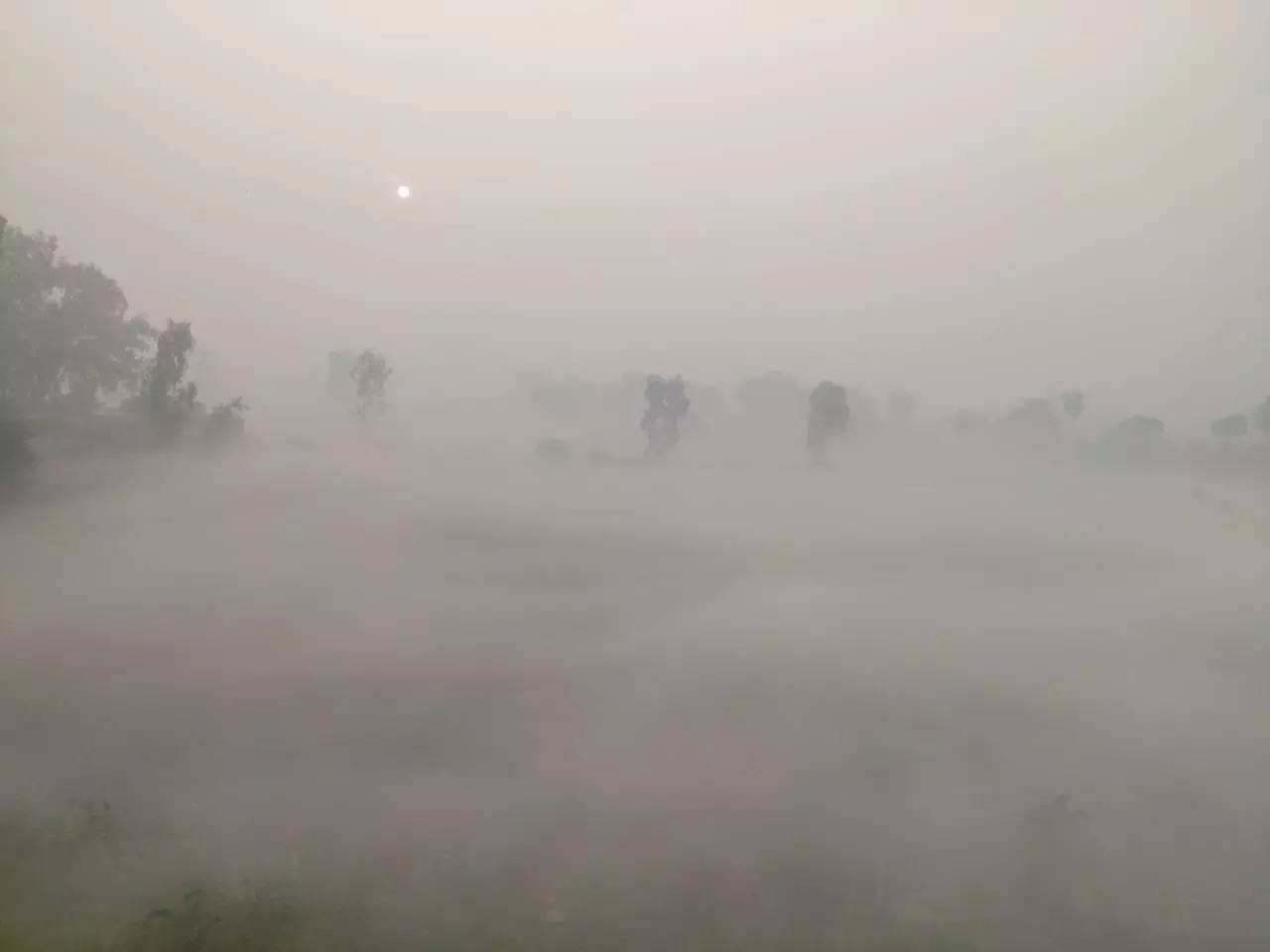 New Delhi : The air quality level for the national capital slipped to the hazardous category on Friday morning as a heavy smog layer covered the entire region following the festival of Diwali. The rise in pollutants have reversed all the environmental gains, and consequently health gains made during the pandemic with clear skies reverting back to be covered with a thick layer of smog.

The particulate matter at most of the AQI measuring sites in the National Capital Region (NCR) was placed in ‘severe’ and ‘hazardous’ category during early morning on Friday. An AQI level above 450 was reported at the Jawaharlal Nehru stadium in Delhi while other nearby cities also recorded severe AQI which can create a wide range of respiratory and other functionary problems, deteriorating those already existing further. The PM 2.5 levels remained well above safe standards with alarming levels being recorded all across the region.

The air quality had already started worsening with increasing particulate matter concentration being recorded. This can be attributed to crop/stubble burning in agricultural fields, local fires, vehicular emission and industrial smoke generated from running factories and machinery. The situation further aggravated due to low wind speed, directional windflow and low temperature, contributing heavily to the rising pollutant level in the National capital.

The System of Air Quality and Weather Forecasting and Research (SAFAR) had earlier warned that the air pollutant level will slip to severe from very poor if local fire emissions from crackers are witnessed in the region.

A WHO report found states that nine out of 10 people are breathing polluted air with dangerously high levels of pollutants, causing rising premature deaths each year.

Air pollution, in addition to the immediate adverse health effects like headache, watery-red eyes and allergic reactions, can have severe long-term effects. A high percentage of premature deaths reported in the country can be attributed to the rising air pollution. It is known to derogate lung functioning and aggravate existing respiratory problems.

The rise in air pollution can also negatively impact COVID-19 health effects, even worsen them as both are known to impact respiratory systems.

The air quality is likely to improve by November 6-7 and move to the ‘very poor’ category according to the forecasts by air monitoring agencies.

As Omicron variant spreads across the world, India’s third dose policy may become reality in 14 days