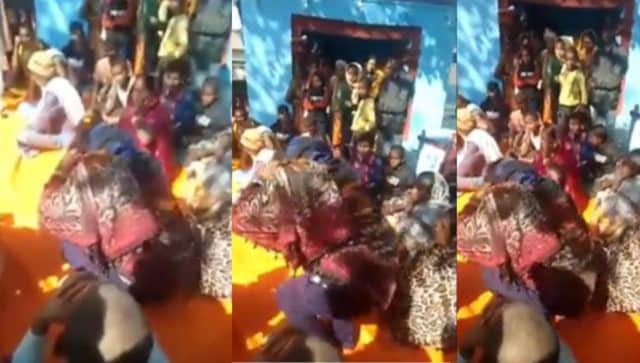 Patna: At a time when the country is left traumatised by the shocking incidents of crimes against women, Bihar’s Nawada district reported a man allegedly raping a 5-year-old girl who was pardoned by doing five sit-ups before villagers. The video of the incident, demonstrating the travesty of justice, has now gone viral.

Bihar man lured minor to his farm, rapes her

The accused owns a poultry farm in Kannauj village in Bihar. The family of the girl alleged that the man lured the minor to his farm on the pretext of giving her chocolates and raped her.

A report by The Print mentioned a local police officer saying that after returning home, the girl narrated her ordeal to her uncle. The family of the minor wanted to lodge an FIR.

But before they could file a police complaint, the accused approached a former mukhiya (village head) of the Kannauj village panchayat and begged for help.

A meeting of the panchayat was quickly convened and allegedly after the former mukhiya persuaded, the elderlies of the village decided that the accused be let go by just doing five sit-ups as punishment.

They decided that the man was not guilty of rape and was only being “sentenced” with push-ups for taking the minor to a secluded location.

Both the girl and the accused identify as economically backward classes (EBCs).

What does the video show?

In the 14-second video, the accused can be seen with his face and torso covered with a shawl, doing sit-ups before a crowd as punishment deemed fit for him by the local panchayat. The accused has been roaming freely ever since.

The viral video of the man being “punished” with just five sit-ups for raping the minor has sparked outrage on social media with several calling it skewed justice in rural India.

Police registers case against the accused

A case has been registered against the accused by the Bihar police after the video of him doing sit-ups to atone for the crime had gone viral.

The police said that they are yet to receive a formal complaint by the girl’s family. The cops even said that action will be taken against panchayat members if their names crop up during the probe.